Chelsea dropped their third kit for the 2019-20 season on Wednesday to mixed reviews, with the club seeking to hark back to the much-celebrated mid-90's era with a retro design.

A black top, black shorts and bright orange socks complete the colour scheme, the top featuring a faint 'CFC' pattern that runs diagonally across - the font for which is nostalgically borrowed from 90's matchday programmes.

Pete Hoppins, Nike Football Apparel Senior Design Director, said of the design: “The changes at Chelsea were reflective of the wider changes sweeping through English football in the early ’90s

“For the new season we’ve combined design elements from that era with our modern Nike innovations, and hopefully this kit will spark a few memories of what was a special time at Stamford Bridge."

Frank Lampard favourite Mason Mount echoed Hoppins' thoughts, stating that he feels the outfit has something for every walk of fans.

“You can see the '90s influence in fashion at the moment, and I think the kit will appeal to pretty much everyone,” the midfielder said in the kit's press release.

“Younger fans will like that it has a streetwear vibe and older fans will appreciate the sentimentality, remembering club legends who donned the famous jersey and their memories of going to games.” 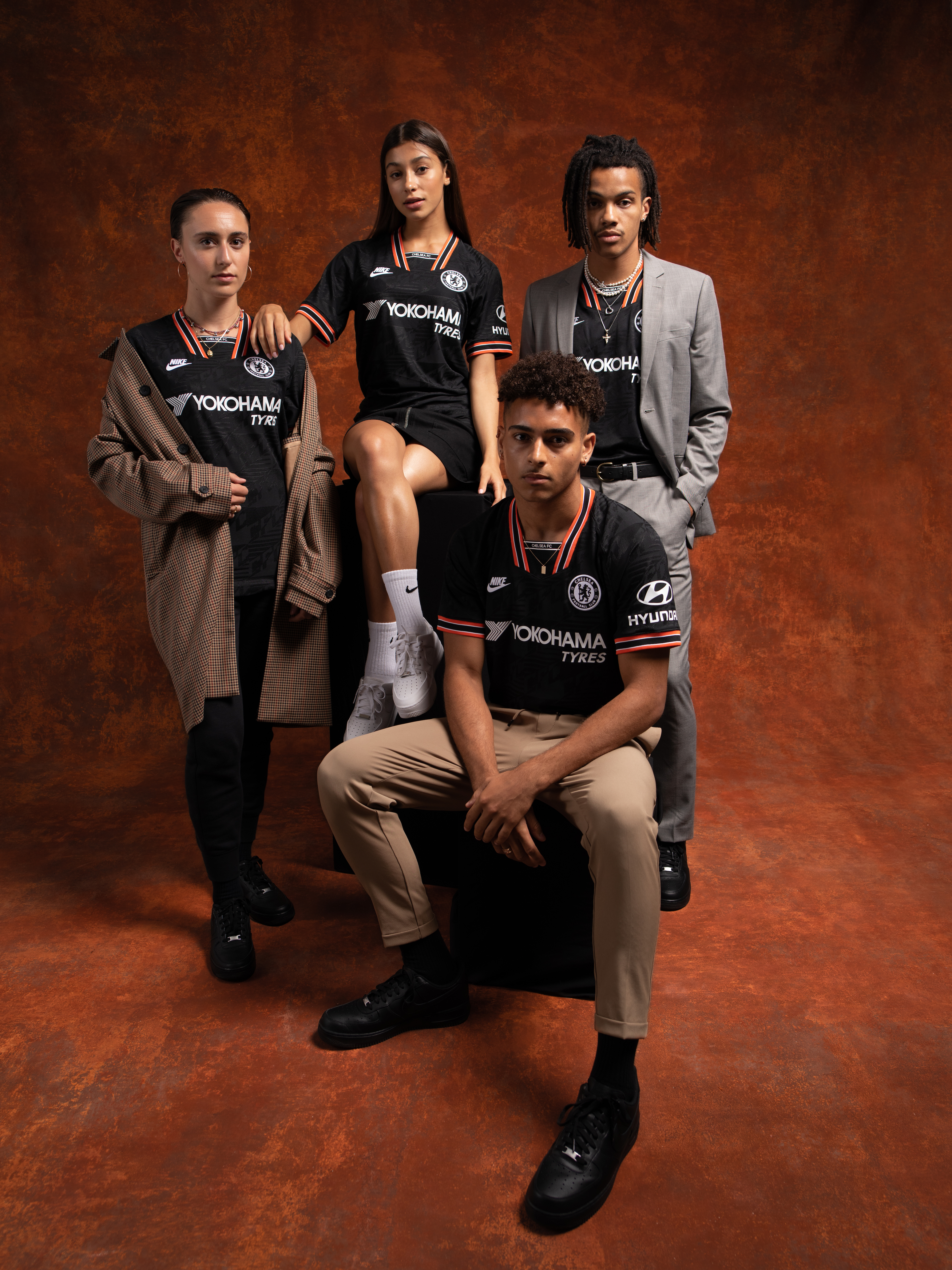 Given Chelsea have been under the dark cloud of a transfer ban over the summer, the release of a new design might have been anticipated more highly for Blues fans than those of other clubs.
- September 04, 2019