Eidur Gudjohnsen believes Chelsea’s transfer ban could prove to be a blessing in disguise as the club shows trust in their youth players, urging fans to remain calm despite their indifferent early-season form.

Mason Mount, Tammy Abraham and Fikayo Tomori have all featured heavily under Lampard, while Callum Hudson-Odoi, Ruben Loftus-Cheek and Reece James will also be part of the squad when they return from injury.

The faith shown in youth is in sharp contrast to the days of Kevin De Bruyne, Mohamed Salah and Romelu Lukaku, who all left Stamford Bridge due to a lack of game time and went on to become superstars elsewhere.

Chelsea’s youthful squad has had to deal with some disappointing results early on in the 2019-20 campaign, but Gudjohnson has urged supporters to remain patient.

"It has not been the best of starts but that is to be expected," Gudjohnsen told Goal. “I think this year will be the perfect opportunity for Chelsea as a club to mould the players, like they did with John Terry who came in at a young age. Claudio Ranieri played him constantly until he was the player he was.

"When Ranieri signed him, Lampard's first season was pretty average. I think he would say that himself, but every season he grew. Once he played every game, then you could see him growing and becoming more important to the team.

"Then he became arguably the best player in Chelsea’s history. It is an incredible record he had and it shows that if you are given the time, then you can reach the absolute top.

"Maybe this situation at Chelsea not being able to sign players is a blessing in disguise. I think we have to be patient and not focus on results too much this year or where we are going to end up. Of course, a team like Chelsea should be pushing for at least a Champions League place. 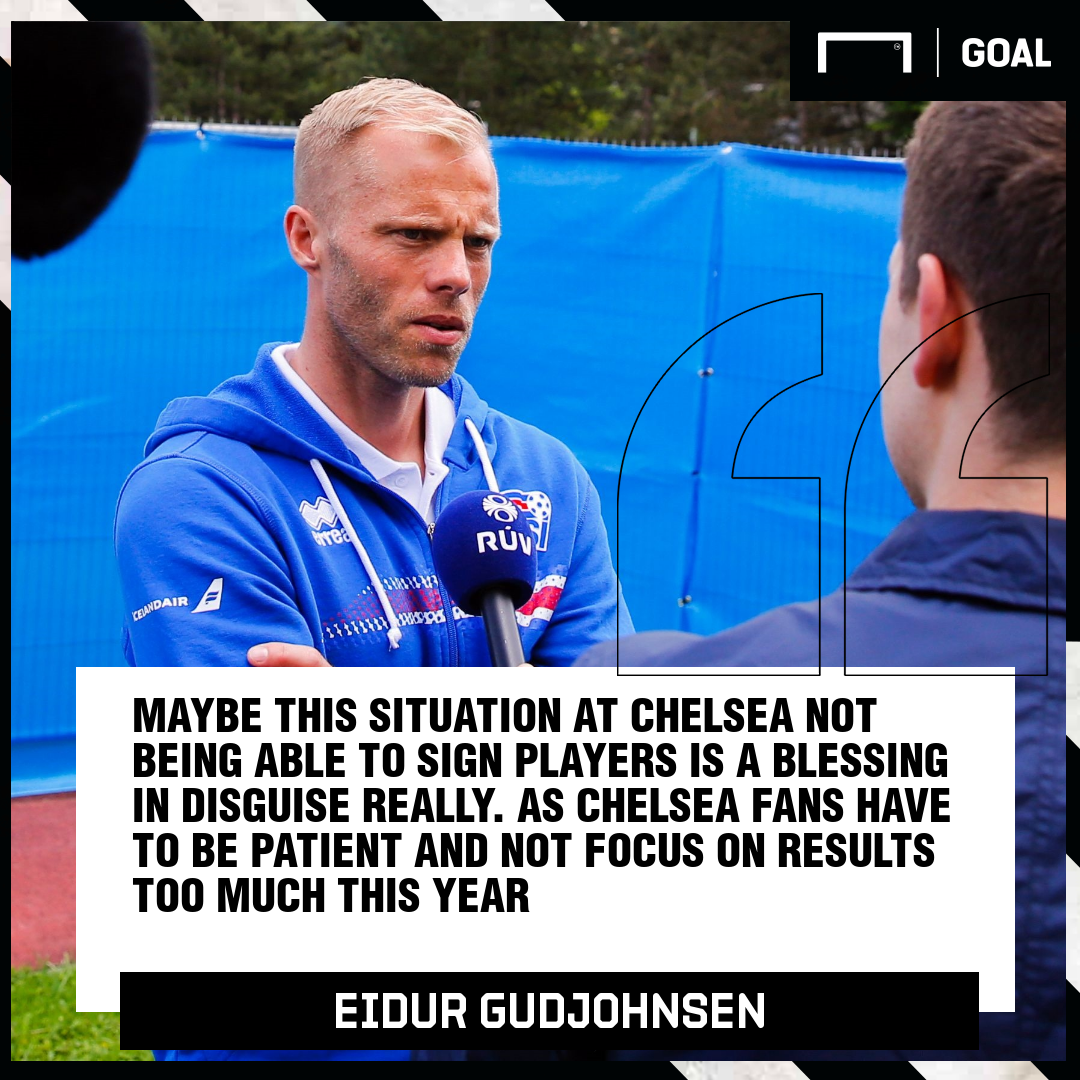 "I think next season we will see the benefits of the experience that these players are going to get this season. All the youngsters excite me.

"The bad thing was that sometimes the young players wanted to leave Chelsea because they didn't believe in a first-team opportunity. Loftus-Cheek and Hudson-Odoi got their chance. New players are coming in now. They have the feeling this is their time to shine.

"The players have a great opportunity. It is about developing and becoming the players that everyone expected them to be at a young age. I have the sense that Frank will do the same with Abraham, Mount and Tomori.

"He is fearless to give them confidence and believing in them to play. If he is given the time to do that, then I think the benefits from that will be bigger than just focusing on results this year."

Abraham currently tops Chelsea’s scoring charts with four goals, with Mount, who has also had an impressive start to the season, sitting second with two strikes.
- September 12, 2019