- September 07, 2019
Legendary Cameroon forward Samuel Eto’o has seemingly announced his retirement from football at the age of 38.

Eto’o, who made his senior debut in 1997, scored more than 350 goals across his club career, winning the Champions League twice with Barcelona and once with Inter.

With two Africa Cup of Nations titles and an Olympic gold medal to his name, Eto’o is an undisputed icon of African football and retires with 56 goals in 118 games for his country.

But in an Instagram post on Friday, Eto'o wrote: "THE END. TOWARDS A NEW CHALLENGE ...Thank you all big love, adrenaline."

He most recently spent a season with Doha-based Qatar Sports Club, and has spoken in the past of his desire to pursue a further career in coaching, telling CanalPlus : "I won in Europe as a player, I have to win in Europe as a coach.”

After spending his youth at the Kadje Sports Academy in Cameroon, Eto’o was signed by Real Madrid as a youngster but only made three league appearances for the club’s first team.

Following a successful loan spell in 2000, he signed for Mallorca, where a record of 54 goals in 133 league games earned him a move to Barcelona in the summer of 2004.

He shone immediately for the Catalan giants, scoring 25 league goals in his first season and 26 in his second as Barca won back-to-back Spanish titles – their first of the new millennium. His efforts saw him come third in the 2005 FIFA World Player of the Year award, behind Ronaldinho and Frank Lampard. 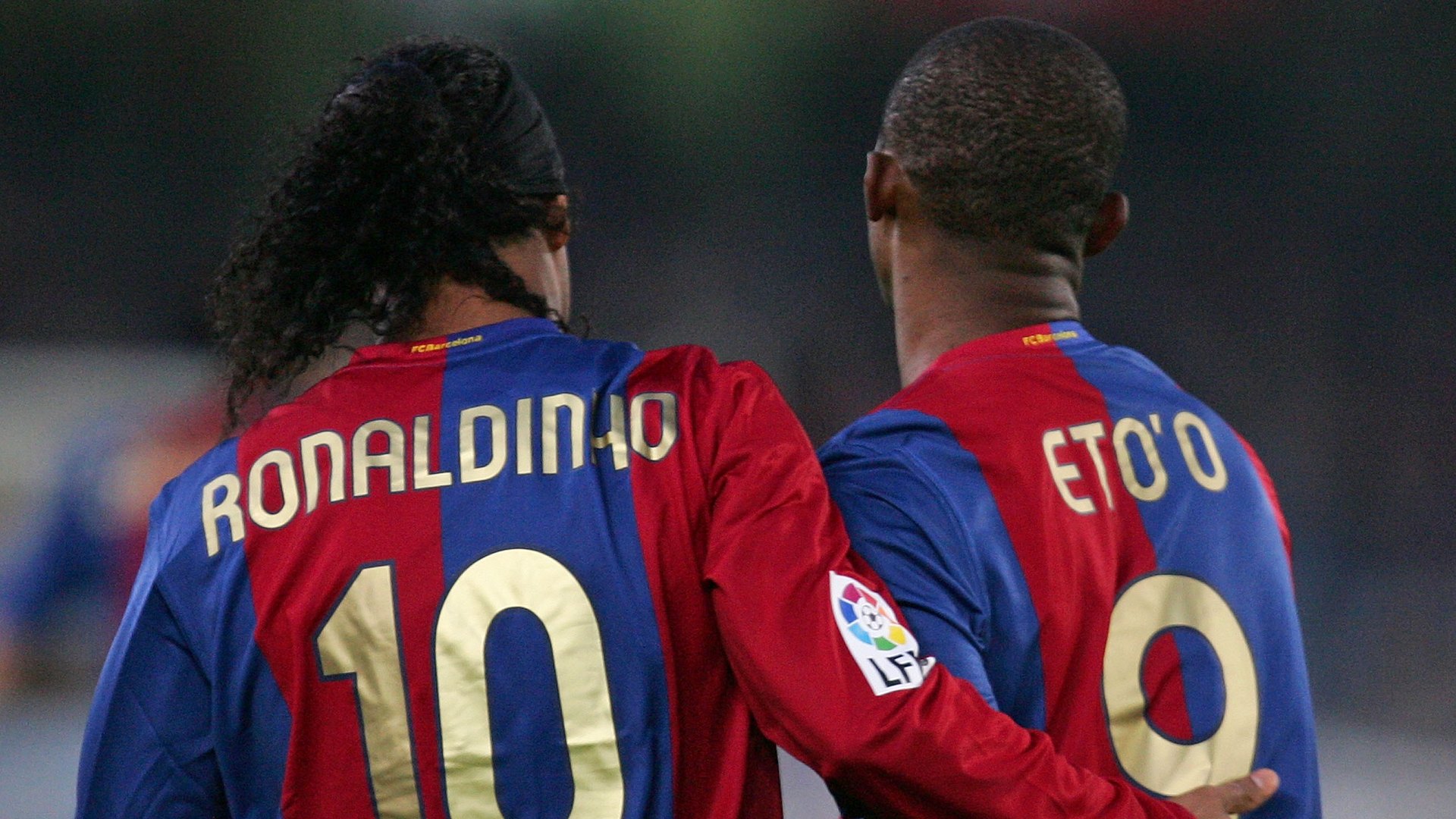 More success beckoned in Italy with a Serie A title, another Champions league, the Club World Cup and two Coppa Italias.

The latter half of his career took on a more nomadic feel, but goals generally continued to flow. Three years in Russia with Anzhi Makhachkala were followed by two in the Premier League with Chelsea and Everton, before a brief return to Italy with Sampdoria.

In 2015, a move to Turkey beckoned as he spent three more goal-filled years with Antalyaspor, notching 44 in 76 league games before a move to Konyaspor and eventually Qatar SC.
Among other records, Eto’o retires as Cameroon’s all-time top scorer, the Africa Cup of Nations’ all-time top scorer, and a four-time African Player of the Year.