Chelsea boss Frank Lampard has said Callum Hudson-Odoi has the ability to become the "absolute best" if he can show the same work ethic of Manchester City's Raheem Sterling.

Sterling was considered a wonderkid, like Hudson-Odoi is now, when he made the £49 million move from Liverpool to Man City at just 20 years old in 2015.

Pep Guardiola has helped turned one of England's best talents into a clinical finisher and one of the Premier League's most important players in his time at the Etihad Stadium.

After Hudson-Odoi returned from a five-month injury lay-off in the 7-1 win against Grimsby Town in midweek, Lampard explained why Sterling should be a role model for his club's teenage star.
"I know Callum's talent and he has got huge talent," Lampard told reporters at Cobham Training Centre. "Hence why the club were so keen to get him signed up [to a new contract] and we're all delighted with that as a club.

"But there's a lot of work for Callum to do. Lots of work. I think you can look around and look at fantastic examples and not even at this club.

"I don't like to talk about other club's players but Raheem Sterling is an incredible example of a player with great talent whose work ethic added to that talent and [showed] improvement in a short period of time through absolute dedication [to become] a complete player that we are all wowed by.

"[Sterling] is exactly the great model for Callum, because he has those talents.

"I want him to be the best, the absolute best, because he has the potential to do that and a lot of that or some of that is some hard truths and I saw some hard truths in the game the other day and ways that he can improve and he needs to listen to them and he will.

"And then he can be that player for us, which is great news for everybody."

Chelsea are putting their faith in Hudson-Odoi as a future star after giving him a new five-year deal worth £180,000 per week. The deal wards off Bayern Munich's months-long interest in signing the winger.

Hudson-Odoi is likely to at least make the bench on Sunday against Brighton after an Achilles tendon rupture from which it took almost six months to recover. 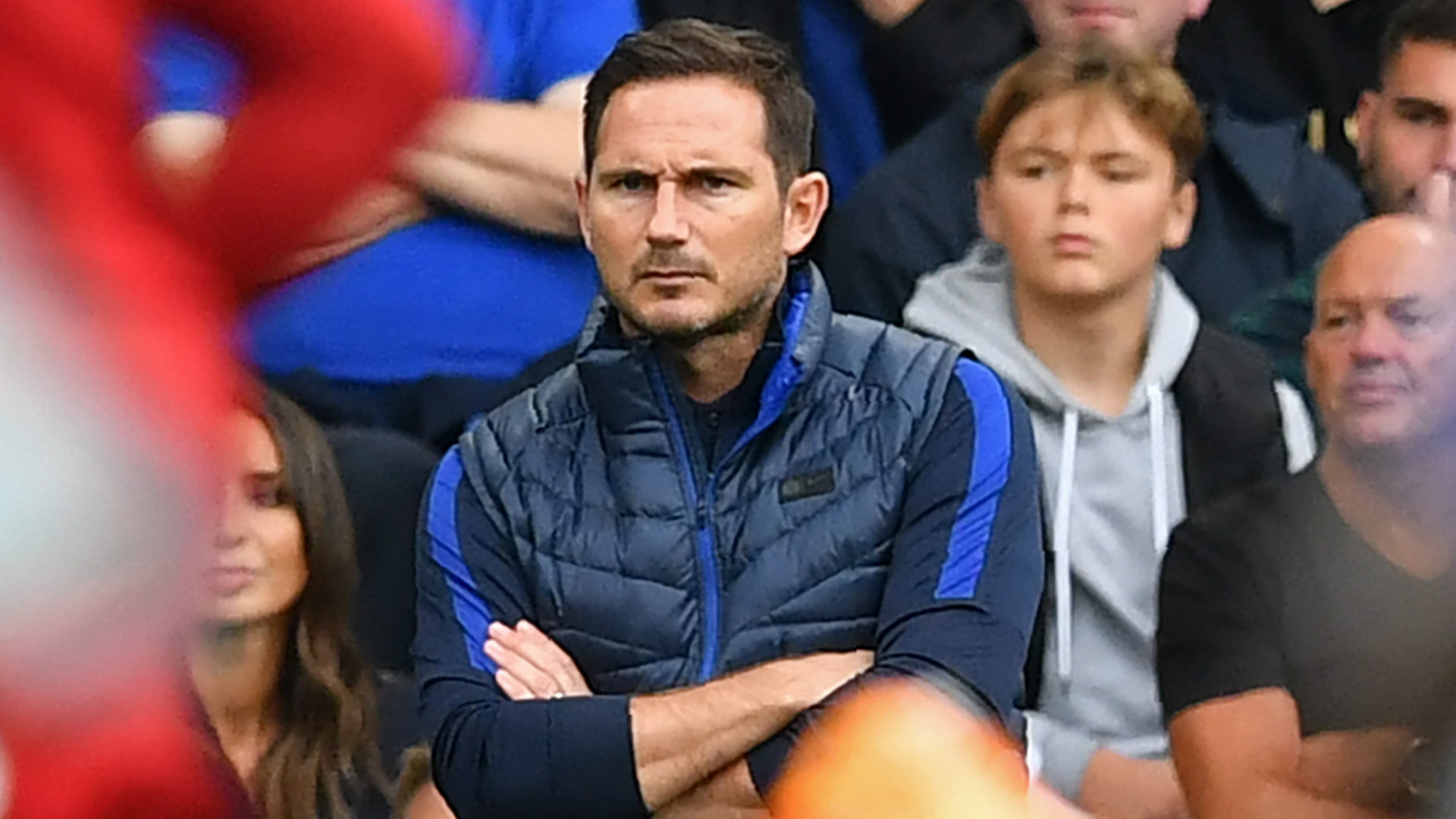 Along with Hudson-Odoi, Lampard is integrating a whole host of other young players in his squad this season. Chelsea have looked to their academy as they rebuild following a managerial change and FIFA's two-window transfer ban.

Mason Mount, Tammy Abraham and Reece James are just a few youngsters aiming to make their mark this season, and Lampard is enjoying developing his group of young talent.

"To be honest, that's the really interesting part of my job and I love that side of it," Lampard added. "If you just isolate the young players for a moment because we're talking about them, to judge the moments where you think maybe they are a little bit tired, maybe that game was a lot, maybe did they understand the information I gave them in training? Or in the game? Or in the reviewing of a game, things they did in a game?

"They've all got different personalities. Some need cajoling, some definitely need some tough words at times to help them improve and that's where my job is really interesting because I love seeing improvement and progression and with these players.

"No matter what their personalities, they all want to be the best player they can be for Chelsea, which I love. And it's not just me. It's also (assistants) Jody (Morris) and Joe Edwards because they know them so well as well.

"Within our team, we can easily split up the work and pay attention to all those moments because some of them are emotional things as well. It's not always the technical on-pitch stuff.

"Some of it is them growing up and signing a new contract or what's going on around them or getting a load of exposure after a good performance and what will that do to them? I think that is constant work but in a good way.
- September 28, 2019