Frank Lampard: "We shouldn't lose the game. Clearly. At least not lose it. We had a fair few chances. And then the penalty, which we miss.

Ross Barkley has been backed by Chelsea manager Frank Lampard and captain Cesar Azpilicueta, after his missed penalty in the Blues’ 1-0 defeat at home to Valencia in the Champions League.

The England midfielder swept his spot-kick against the crossbar after appearing to step ahead of regular penalty takers Jorginho and Willian, with the latter seemingly protesting his decision. Barkley had only been on the pitch for some seven minutes after coming on as a late substitute for Mateo Kovacic.

Former Chelsea forward Eidur Gudjohnsen slammed Barkley for the call after the game, but Lampard was adamant that Barkley is one of his designated takers.

"Ross is a penalty taker and is when he starts games,” he told BT Sport . “He took it and missed it.

“It is a great story to say there is contention between players. If he scores it is not a story. But he took it and missed. That is it. The disappointment to all of us is that we didn't get chance to win the game. There is no issue in the dressing room."

Azpilicueta was also targeted by Gudjohnsen as well as fans on social media after the game, with suggestions that the captain should have taken charge of the situation.

But the Spaniard reiterated Lampard’s claim, and said the players talking to him were simply trying to build his confidence before taking the kick.

"Ross is one of the best penalty takers in the team and one who takes them,” he said. “He had the confidence and he was unlucky hitting the bar. 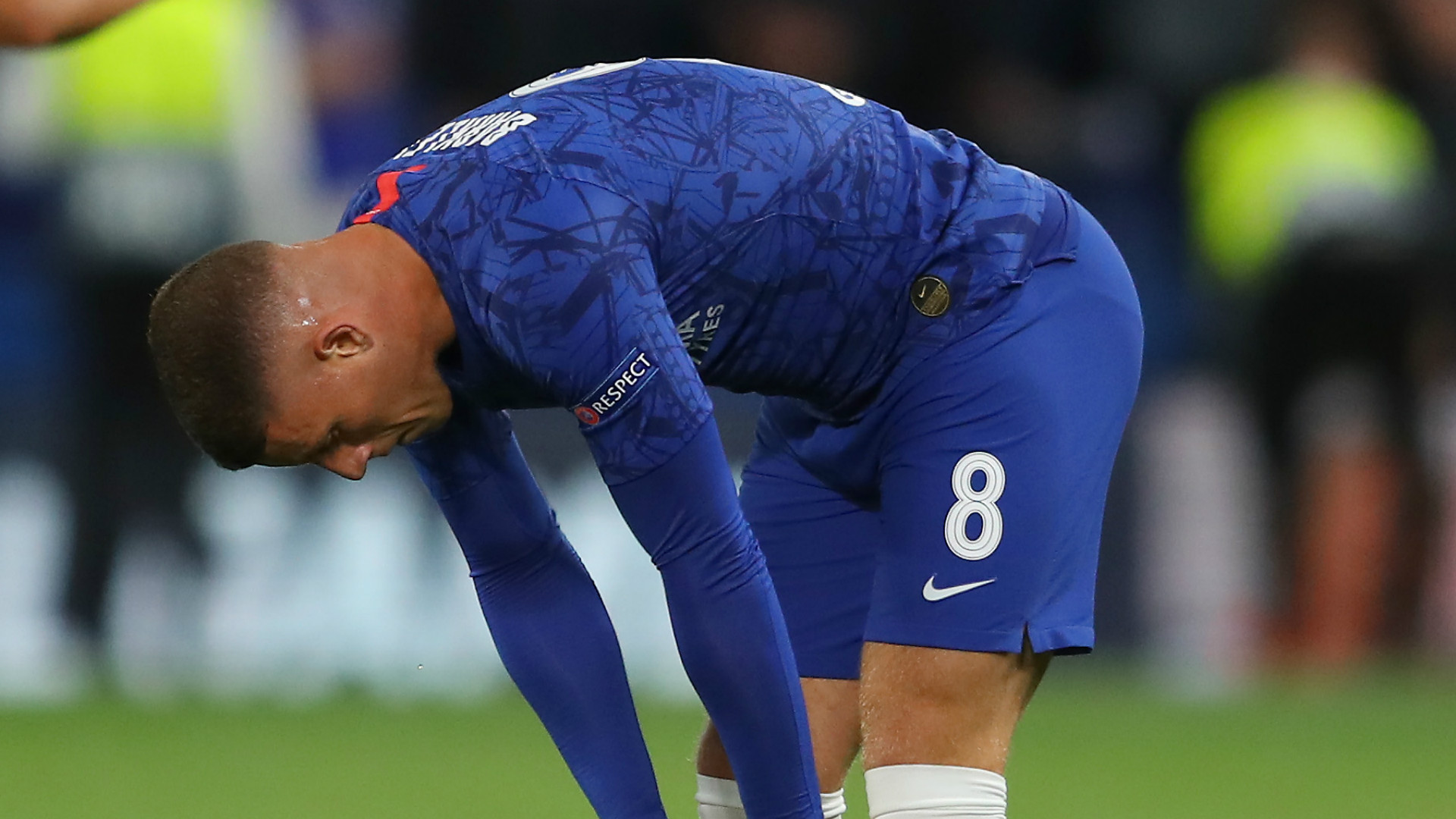 “They [the other players around him] were encouraging him to have the confidence to score. There was high expectation. They were trying to get him into the best condition. Hopefully next time it goes in.”

The defeat, a potentially damaging one at home against a club in turmoil behind the scenes, came as a huge disappointment to Lampard following their confidence-boosting win over Wolves at the weekend.

However, the biggest concern may well have been the ankle injury which saw the in-form Mason Mount forced from the pitch early on. Chelsea return to Stamford Bridge to face a daunting clash with Liverpool at the weekend, and the loss of Mount would be a significant one.

"It did affect the game and we know how well he is playing,” Lampard admitted. “He looked sharp. It is an ankle injury and hopefully not too bad. It needs to be assessed over the next few days.

"We shouldn't lose the game. Clearly. At least not lose it. We had a fair few chances. And then the penalty, which we miss. We have to keep our heads up. There is a long way to go. It is a lesson. Teams at this level can hurt you.

"I saw Liverpool lost tonight. This is the Champions League and there are tough games. There will be bumps in the road for us with the youth we have and changes we are trying to make. But we need to be strong and be ready with Liverpool here at the weekend."
- September 18, 2019