WorldNews
Lists
​Real Madrid manager Zinedine Zidane has shortlisted Chelsea's N'Golo Kanté as a transfer target ahead of next summer's window.
The record European champions splashed over €300m on new players ahead of the 2019/20 season, most notably making Eden Hazard their marquee arrival just one year after raiding Chelsea to sign Thibaut Courtois.
Real Madrid will look to poach another player from Stamford Bridge next year, as The Athletic claims manager Zidane wants to build on the club's contingent of France's World Cup winners by signing Kanté. 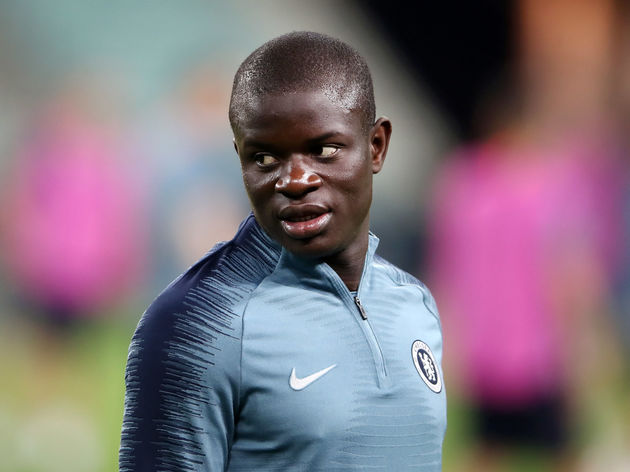 Manchester United star Paul Pogba is also still a target for Real Madrid after they missed out on his signature this summer, but it's claimed that Kanté's new £290,000-a-week contract would make signing both players highly unlikely in 2020.
There are also concerns that signing Kanté would ultimately prove to be tough sell for fans at the Santiago Bernabéu, with it believed that Pogba's arrival would be the more popular choice as he's a more skilful player.
Both Hazard and Courtois are believed to have stressed that they believe their former teammate is the missing link at Real Madrid, with Zidane's side still struggling to rediscover their form following Cristiano Ronaldo's exit last year.
Los Blancos finished 19 points behind La Liga winners Barcelona last season and only just placed ahead of Getafe, while two draws already this campaign has seen Real Madrid sit in fifth place during the international break.

Zidane has had his eyes on Kanté for a number of years but missed out on his signature in 2016, following Leicester City's remarkable Premier League title win.
on September 13, 2019