The Belgian left Stamford Bridge in a €100 million (£88m/$112m) move after his 21 goals and 17 assists in all competitions last season, with question marks lingering over the Blues' attacking threat without the forward.

Abraham has, however, netted seven goals in his last three Premier League games to suggest he can be his side's new main attacking star, and the young striker will be looking to add to his tally against Liverpool on Sunday.

"Abraham is playing well at the moment. He is scoring lots of goals and I am very happy for him.

"The young players are doing well. They can improve a lot. I think Chelsea is Chelsea. No matter the players we have, we have to fight until the end in every competition. That’s what we want to do this season."

With the departure of Hazard and David Luiz, Willian lost two close friends in the dressing room ahead of the 2019-20 campaign.

Whereas the Belgian winger's exit did not come as much of a surprise, seeing his compatriot leave as well was rather unexpected for Willian. 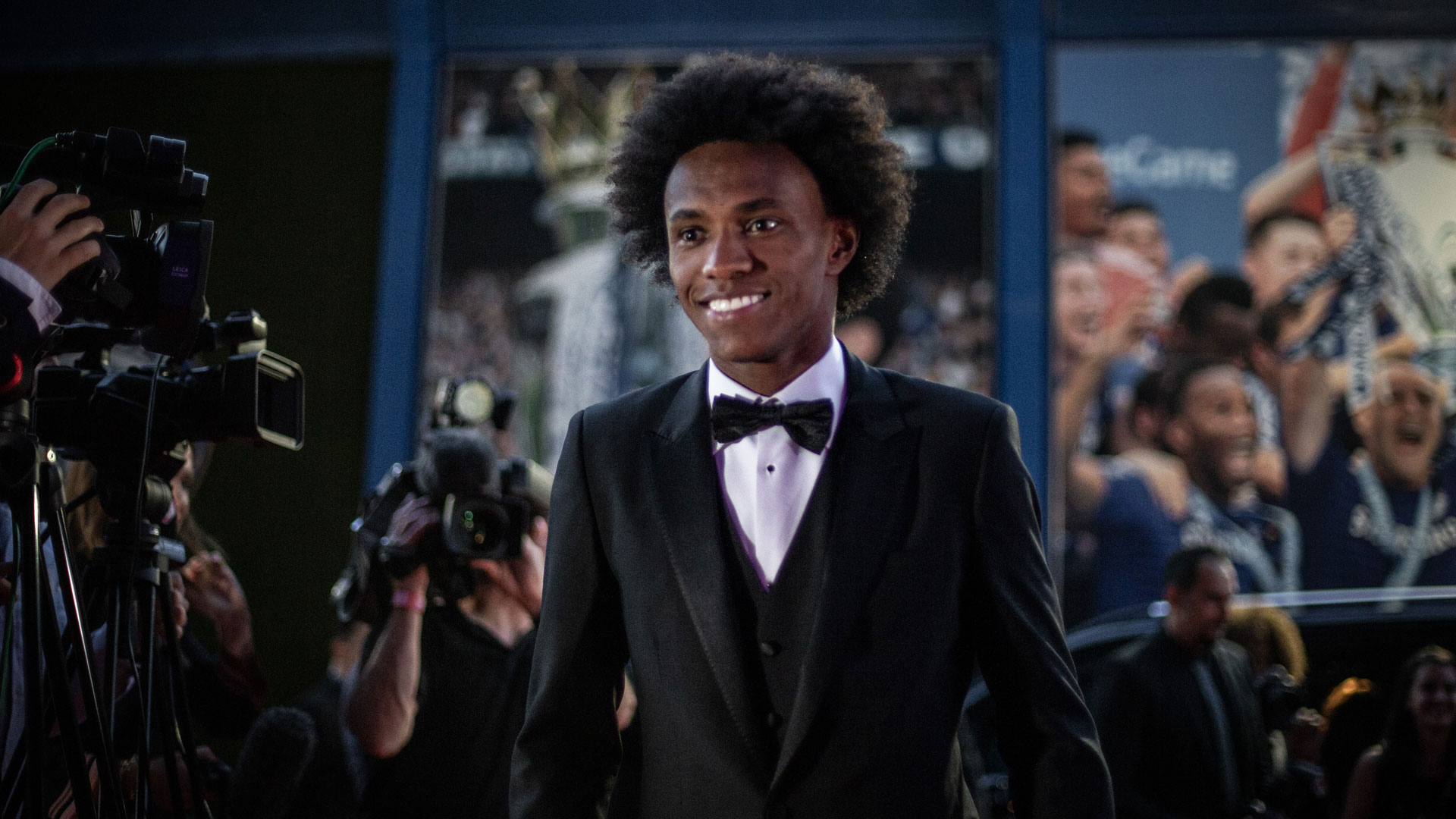 "We lost some great players. David Luiz and Hazard," the Brazilian added.

"I am happy for Eden because it was his dream to go there. I hope he continues doing the same magic he did here. I think that he will be successful. I sure hope so.

"David and I are very close. We are very good friends. He is one of the best friends that I have in football. It is strange to see him wearing red, but we are friends.

"Now we have to play against each other and I have to do something against him. Yes, of course I will celebrate hard if I score against Arsenal."

Indeed, the former team-mates have together opened the 'Babbo' restaurant in London and are among a contingent of Brazilian footballers who socialise together in the capital.

For Willian, his success in his football career hasn't been lost on him and he is keen to give something back.

The 31-year-old has begun an online course to help Brazilians from poor backgrounds get into football, with profits going to his charitable foundation to help disadvantaged children.

The Brazil international is working with entrepreneurs Hellen Grasso and Rafael Alves, alongside Vanessa Martins, Willian’s wife, and he is keen to make an impact off the pitch with his new project, which was launched at Stamford Bridge on Sunday.

"Yes, of course. I have a lot of things I can give," Willian said. "In this online course, we talk about frustration, never giving up, discipline and all these things that can make the difference to become a successful player. I think it will help them a lot.

"I was planning this online course about six or seven months ago with my wife and friends. We had a conversation where we can do something to make a difference in the life of young people.

"That’s what I want to do to make a difference in their lives. To help them achieve their purpose. I think it will be very, very interesting."
- September 21, 2019