Willian: “I have one year left and I want to stay because I like to play for Chelsea."

Willian is hoping to be offered a contract extension at Chelsea, with the Brazilian forward eager to prolong his “perfect” spell at Stamford Bridge.

As things stand, the 31-year-old is heading towards free agency after entering the final 12 months of his current deal.
If no fresh terms are tabled, then he will be free to speak with suitors outside of England from January.

Willian has, however, made it clear that he has no interest in heading away from west London, with it his preference to agree on an extended stay with a club he joined from Anzhi Makhachkala in 2013.
He told Standard Sport: “From my side, I want to stay.
“I have one year left and I want to stay because I like to play for Chelsea.

“I love this club, I love to live in London and my family loves it here. I have been here six years already so everything is perfect for me.
“Of course [there is more I want to do at Chelsea], win the Champions League!

“I want to win more titles here, I want to play more games, to score more goals so everything that I can do, I will try hard to do.” 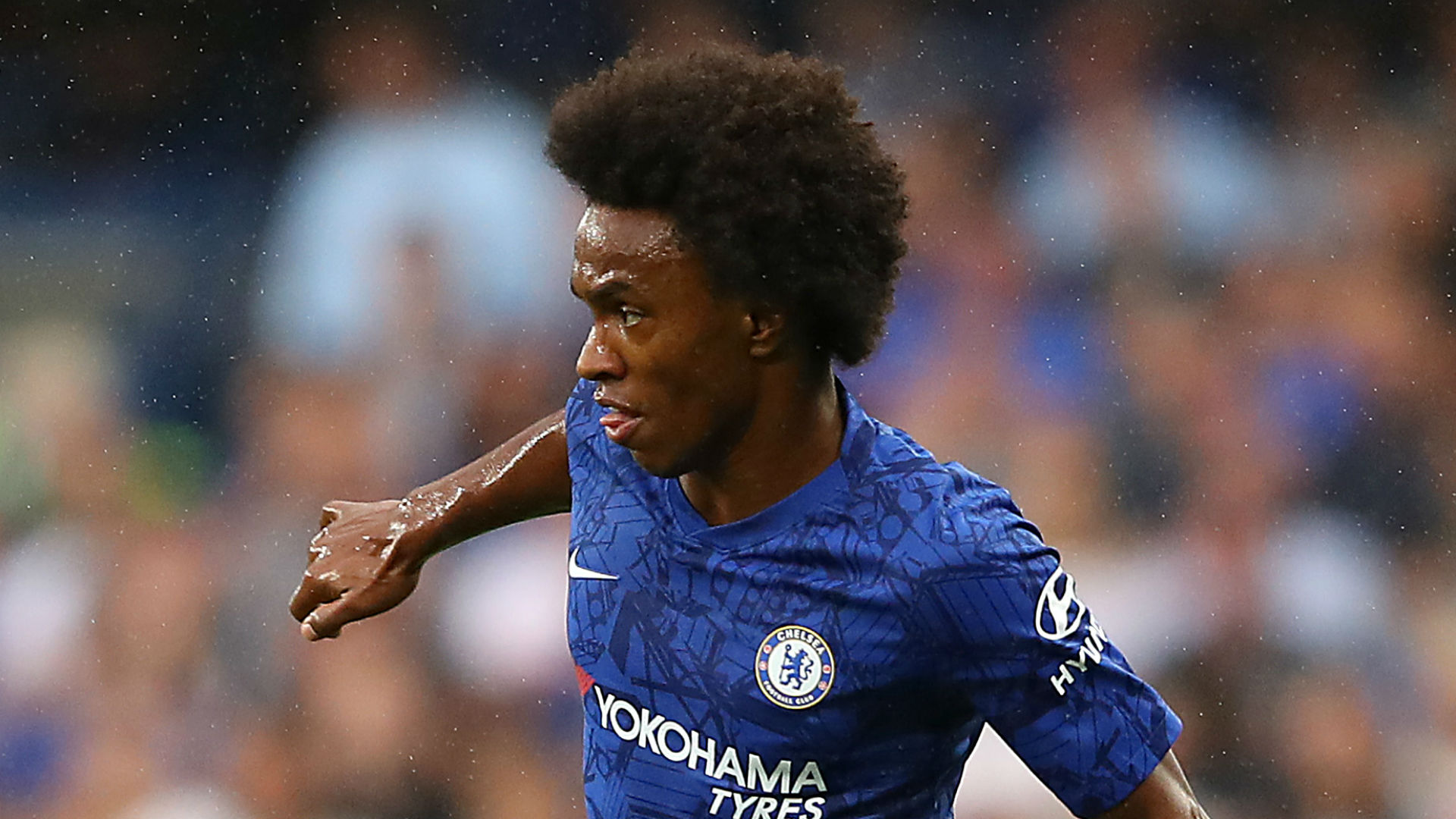 Willian has taken in 296 appearances for Chelsea to date, scoring 52 goals.
He has been a first-team staple throughout his time in English football, despite the regular rounds of change at Stamford Bridge.

The South American is currently working under former team-mate Frank Lampard, with the Blues icon having returned to familiar surroundings over the summer.

He has made a positive impression, despite being relatively inexperienced in a coaching capacity, and Willian is hoping that his fifth manager sticks around longer than some of his predecessors.
“I enjoy a lot to work with him,” Willian said of Lampard, who has collected eight points from five Premier League games so far.

“Is it a change of culture? I hope so, because I am here for six years, I have had already five managers. I hope he can stay here a long, long time.”

Lampard and Chelsea are about to turn their attention to Champions League matters, with a group stage opener against Valencia set to be taken in Tuesday, while their next Premier League outing is set to see them play host to table-topping Liverpool.
- September 17, 2019