"Mason Mount has all the qualities to flourish", says Gus poyet

Mason Mount has all the qualities to become a leading light at Stamford Bridge, says former Chelsea man Gus Poyet, with the young midfielder's impressive skillset seeing him compared to his iconic boss Frank Lampard.

Lampard took over from Maurizio Sarri in the summer after just one season in management with Derby County, filling a position that came with the added difficulties of a transfer ban and losing Eden Hazard to Real Madrid.

The Chelsea legend has navigated the start of the season well, despite those issues, with a young squad that includes a variety of academy products defying expectations with some sterling performances that have helped the Blues to fifth in the Premier League table.

One of the young stars to have hit the ground running is Mount, who has scored four goals in eight Premier League games from an attacking midfield position in a manner not dissimilar from his boss.

“He has the technique to finish, we all know that,” Poyet told Goal. “We didn't know if he could do it week in, week out in the Premier League. The defenders are better, they read the game better and taking chances is more important. I like his understanding of how and when to get into position.

“Can you coach that? No. It's all about timing your moment. The ball goes one way and you have to guess where it will be. He always gets into those positions and it's not easy. People need to understand that it isn't luck.

“I like a lot of the youngsters. It's easy to look at Tammy Abraham because he's scored so many goals, but I look at Mount because of the position he plays – a midfielder who arrives late and scores goals. He's similar to Frank and me.

“Mount has the personality, despite being young, to be a very important player in midfield. He accepts responsibility, he listens to what's needed and he's a leader in the first press. He recovered a few balls, he's scored a few and he won a penalty from pressing, too. 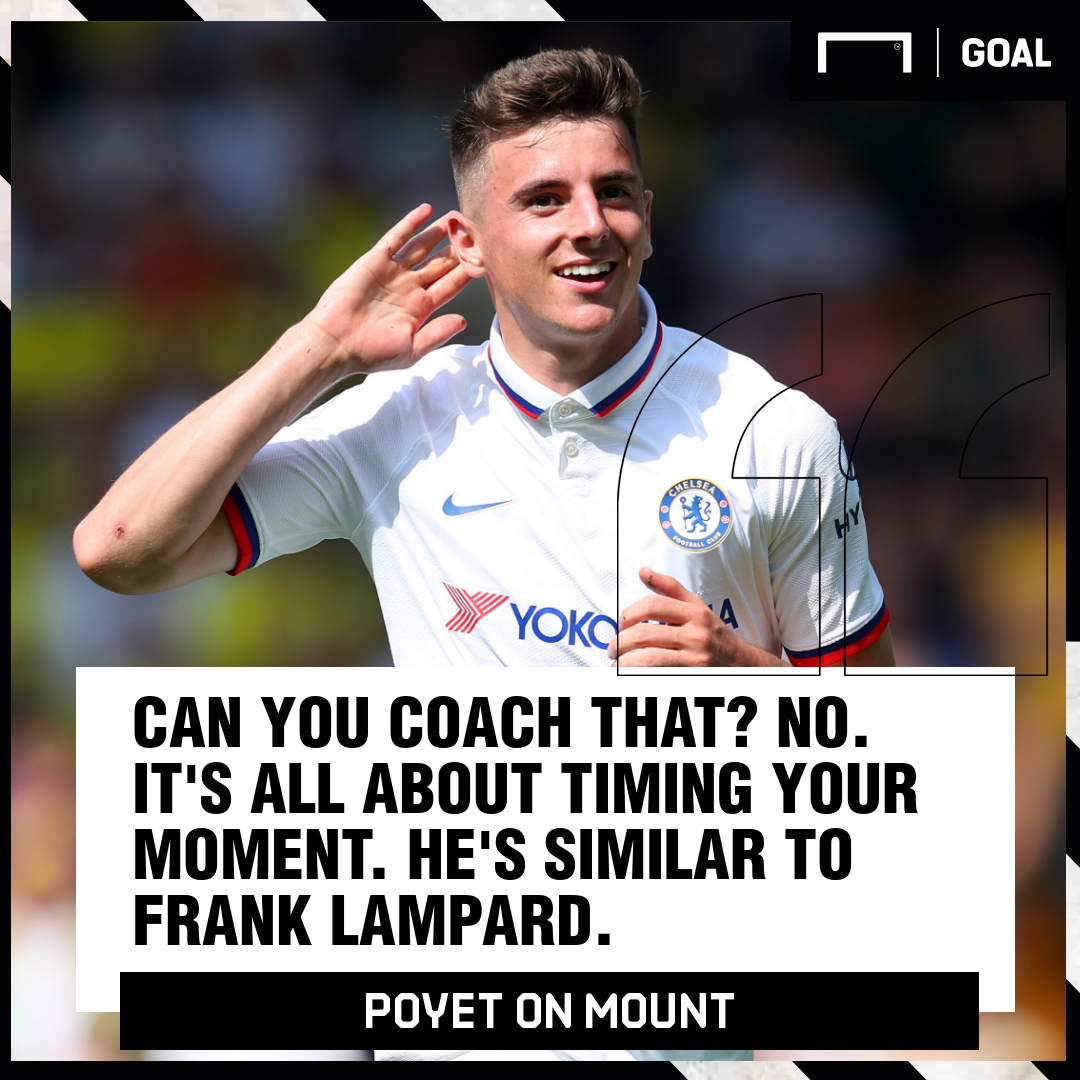 “He has the mentality that Frank wants, he goes and produces. People sometimes only look at goals but not at the first line of the press or the aggression or the understanding. I like the way he finds positions around the box as well.”
- October 18, 2019