PMC: Azpilicueta talks about Jorginho and the way the blues have been playing this season.

Jorginho is beginning to realise his full potential at Chelsea under the stewardship of Frank Lampard, according to Cesar Azpilicueta.

The Brazil-born midfielder followed Maurizio Sarri to England shortly after he took the managerial reigns at Stamford Bridge in the summer of 2018, completing a £57 million ($70m) move from Napoli.

The 27-year-old arrived in the Premier League boasting a sterling reputation as a technical master with the ability to unlock defences with his passing range, but he failed to live up to expectations during the 2018-19 campaign.

Sarri left Chelsea to replace Massimiliano Allegri at Juventus earlier this summer, with Lampard drafted in to inherit a squad that finished third in the Premier League last term.
He has since transformed the Blues into a more direct, free-flowing outfit and Jorginho has been given licence to affect matches higher up the pitch.

Chelsea captain Azpilicueta has been encouraged by his colleague's recent progress, insisting his "work rate has been amazing" since the start of the season.
"Jorginho has impressed me a lot since he arrived here with us," the Spaniard told a press conference ahead of Chelsea's Champions League clash at Lille on Wednesday.

"Obviously he was doing what the manager (Sarri) at the time wanted from him, which was to play short and to control the game in a different way, to touch a lot of the ball maybe without being dangerous by putting balls behind the defence.
"I think this season he has adapted to the [new] manager. He prefers to play a bit longer, to switch the play with longer balls to get more commitment in the final passes to get more chances for the strikers.

"Apart from that, his work rate has been amazing. The way he reads the game, he wants to press, he recovers a lot of balls. He is a very important player for us through the season." 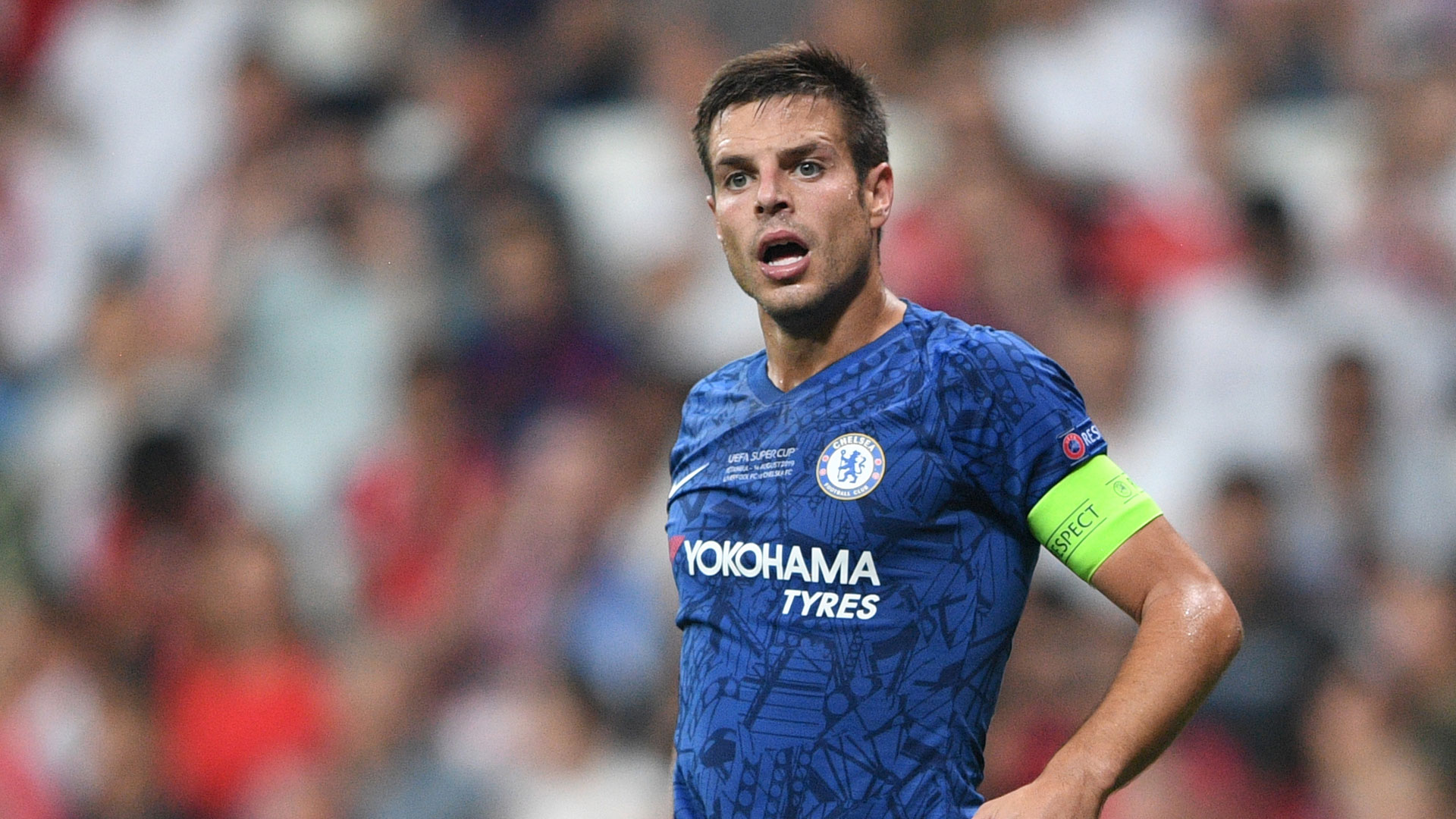 Azpilicueta has also been able to contribute more readily in attacking areas, with two assists to his name from five Premier League appearances this season.
The 30-year-old is enjoying working with Lampard and has his sights set on maximum points this week, with a trip to Southampton in the Premier League on Sunday set to follow Chelsea's latest European outing.

"For myself, the season before the manager asked something different," Azpilicueta added. "We are playing with more intensity, we are pressing higher up the pitch. We want to control the game, we attack with the full-backs and cross more. Last season we were more trying to get through the lines with our passes.

"I'm enjoying it and hopefully we can take the momentum from the last two wins at home into this game. And into the Southampton game on Sunday, where we would like to finish both with wins and go into the next month with better results."
- October 02, 2019