Post-Newcastle Conference: Frank Lampard: " “You take nothing for granted. Today it was tough, we had a bit of a problem and we solved it"; On Pulisic: "I’m really pleased for him"

Christian Pulisic was involved in Chelsea’s match winner against Newcastle, with Frank Lampard declaring himself pleased with the contribution of a player who has been a “hot topic” of late.

The United States international has been used sparingly by the Blues over recent weeks, with the 21-year-old struggling to make the impact expected of him in England.

Lampard has been quizzed on his plans for the youngster on a regular basis, and has batted away any suggestion that he could be allowed to leave on loan in an effort to rediscover his spark .

Rather than consider a January exit, Pulisic was handed another Premier League outing off the bench against Newcastle.

He picked out Callum Hudson-Odoi to tee up Marcos Alonso for a crucial strike at Stamford Bridge , with Chelsea edging their way to a 1-0 win.
Lampard told reporters afterwards when asked about Pulisic’s 26-minute cameo: "I’m really pleased for him. He’s a hot topic because of the price tag, because of his status in his national team and his world status through that. And everyone has got a little bit carried away with the short term.

"The long term is that he’s come here and he’s just turned 21 and to see him play like he did today, and there’s a lot more to come. It’s not the end story.

"You can see his balance and awareness and you can see how he can play. And there’s improvement to come as with all the young players, but delighted for him because he will feel good about that. And he should do because he was a big part of us winning that game."

Chelsea have now picked up five successive wins in all competitions, with Lampard delighted with the collective spirit of his side after seeing them overcome a slow start to the season.

He added: "Delighted. If there was a worry it was that the international break might have cut out momentum and we’d forget the good thing we were doing to get those results.
“But particularly in the second half you saw a spirit and energy in the team.

“Every game now we need to go back to basics and keep trying to pick up those wins, because it’s a tough league when you see the results around you realise how tough it is.

“You take nothing for granted. Today it was tough, we had a bit of a problem and we solved it with the way we played in the second half.” 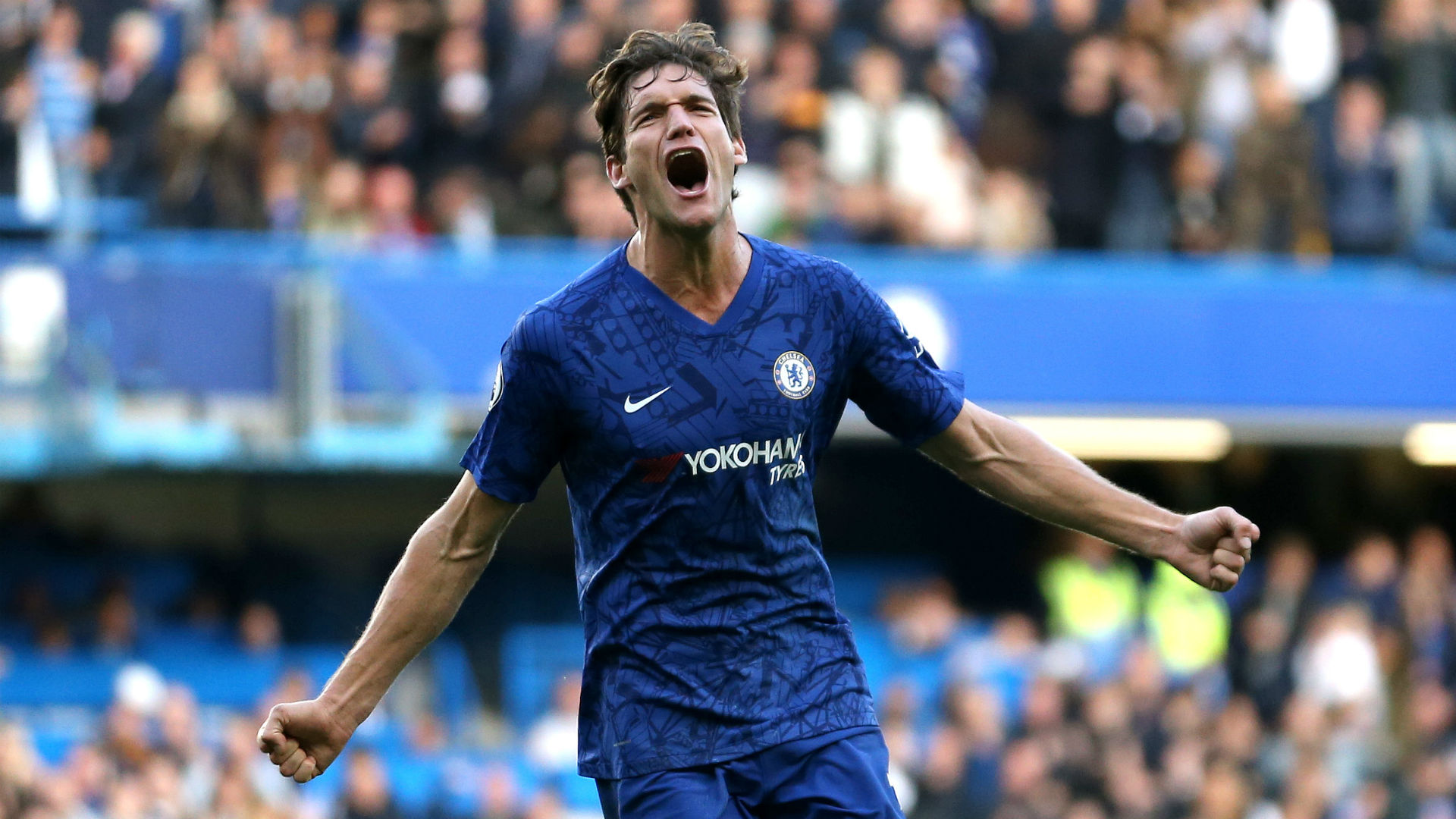 The Blues’ impressive run of form has lifted them into the Premier League’s top four, but Lampard insists he will not be getting carried away in an ongoing effort to secure Champions League qualification.

“It is good," he said on a lofty standing.
"You get asked for your aims, we know we want to be challenging in the top four, and from a slightly difficult start it is a good sign that we are moving in the right direction.

“In all senses. Performance, results. All that must do is be an incentive for us.
“Football can change in an instant. Our arrival into the top four must only give us the hunger to stay there and move on."

The only negative for Chelsea on another positive afternoon on home soil was the sight of Ross Barkley being forced off two minutes before half-time.

Lampard said of the England international: "Ross turned his ankle. It looks a bit nasty at first glance, but the doctor wants to have a look at tomorrow. I have no more on that."
- October 19, 2019