Lampard wins manager of the month

Chelsea boss Frank Lampard has been named the Premier League Manager of the Month for October after masterminding wins over Southampton, Newcastle and Burnley.

The Blues have emerged as a major force in English football once again in recent weeks, putting a slow start to the 2019-20 campaign firmly behind them.

Lampard's men are now fourth in the Premier League after 11 fixtures and boast a six-point lead over fifth-placed rivals Arsenal in the race for the final Champions League spot.

Chelsea have won eight of their last 10 matches across all competitions, with a flawless league run in October key to their recent resurgence.

The Stamford Bridge outfit kicked off the month with an impressive 4-1 triumph at Southampton, before earning a narrow 1-0 home win over Newcastle after the international break.

A trip to Burnley on October 26 was seen as a potential banana skin for the Blues, but a superb Christian Pulisic hat-trick helped wrap up a stunning 4-2 victory at Turf Moor.

Lampard has been rewarded for a perfect four weeks with the Premier League's coveted manager of the month award, ahead of a crucial clash against Crystal Palace this weekend.

The 41-year-old head coach finished ahead of August and September winner Jurgen Klopp in the final voting, as well as additional nominees Graham Potter, Brendan Rodgers and Dean Smith.

Lampard expressed his delight after winning the accolade on Friday, thanking the rest of his staff for their efforts before recalling his team's "dominant" display at Burnley.

"Winning an individual award like this, my first one at the club, it is the perfect time to appreciate the close staff who have worked so hard since pre-season and the players, as they are the ones who go out and perform. I am delighted for everybody," Lampard told Chelsea's official website.

"I would probably say out of the Premier League games we played in October, the one away against Burnley was the highlight because of the way we were so dominant in our performance and Burnley is a very tough place to go. People may have questioned the fact that we are a young team and with the physical nature of the challenge, but we responded very well and played some really good football.

"It was a tight turnaround after a big performance physically for the lads at Ajax and with the travel back. To go up to Burnley at any time is difficult but we managed the game really well." 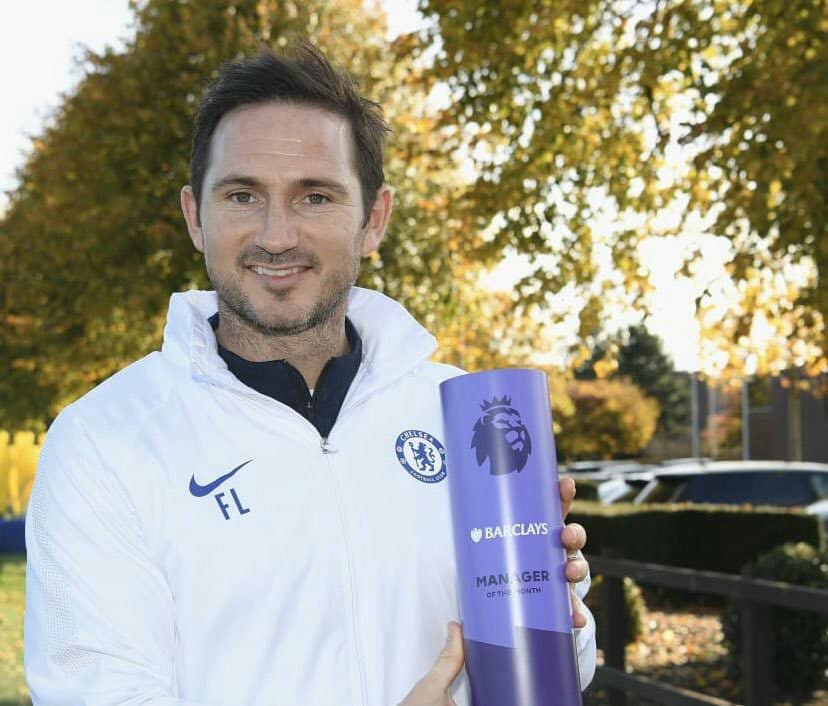