Chelsea manager Frank Lampard has played down the individual rivalry with his former manager and current Tottenham boss Jose Mourinho.

Chelsea are looking to avoid defeat to Tottenham in north London on Sunday, a result that would see the Blues drop below their local rivals into fifth place due to their superior goal difference.

Arguably, the stars of the show at Tottenham Hotspur Stadium will be the managers, with the football world intrigued about watching Lampard take on his former mentor Jose Mourinho.

Mourinho accepted the Spurs job a month ago and he has closed the gap on his former club with four wins in five matches. The Tottenham boss is now an unpopular figure among the Blues fan base but Lampard doesn't want the focus to be on the dugout on Sunday.

“I would always have big respect for all my managers. If I was to text or ring a manager, I’d always call them boss or gaffer. Even long gone. When you go up against someone like that, influential, I knew it was different.

"It was a good honour to go up against him, but I wanted to beat him. It would be strange to call him boss now. Now I am an ex-player, on this side of the fence, I won’t be calling him boss. But that doesn’t take away from the respect I have for him.

"If you go to the fiercest rivals, the fans will give the answer. That doesn’t mean they’ve forgotten the history or don’t respect it. Jose Mourinho is a manager who wants to work. He took that opportunity. Mourinho won’t be too concerned about that, either.

"Look at the times he’s come back with United, it did look like [he doesn’t care]. We know it’s a huge rivalry. Probably, in my era, it became the biggest of the London derbies. It felt like that in the stadia and on the pitch. So possibly it is.

"Any rivalry, any local derby, ups the ante slightly. I remember that feeling, that eagerness to win and desperation not to lose. That’s how we all feel about it." 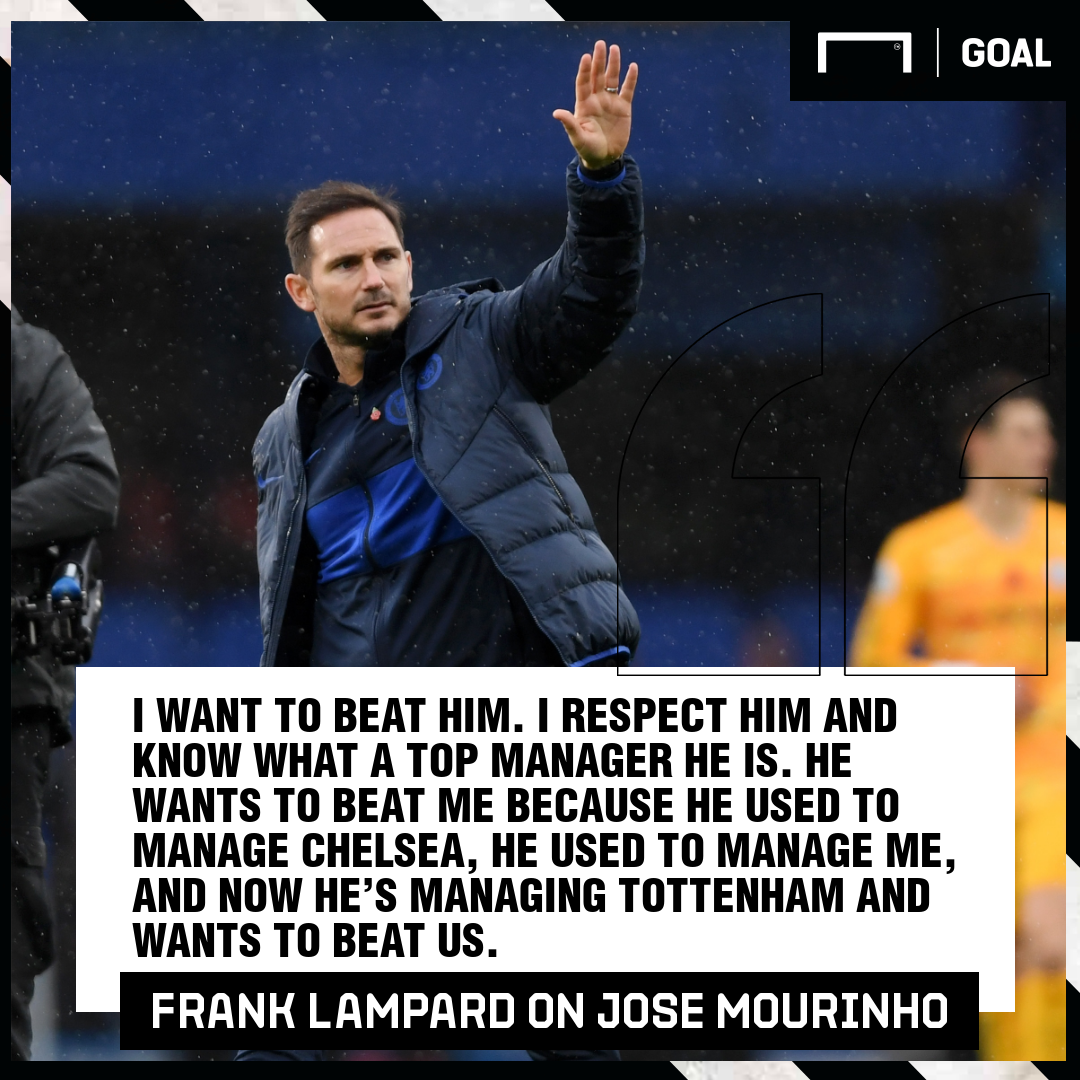 Lampard has also said that Tottenham striker Harry Kane's work ethic is similar to his own during his playing days, and is hoping Tammy Abraham can follow the example of his fellow England forward.

Abraham will be key to Chelsea's efforts in their first visit to Tottenham's new stadium. His 11 goals this season have him second in the Premier League scoring charts and Lampard believes that following Kane's example is a good idea for Abraham in a breakthrough season.

“There’s no better person for him to look up to in football than Harry Kane," Lampard said. "Harry Kane is the all-round No. 9. If not the best then close to being the best in the world."

"He should look up to that. I know he does and is trying to take up the work ethic Harry has to try and be the best in the world. He will be different, but he can go really, really far following that kind of model."