"to question him is disappointing,"

Frank Lampard was disappointed to see Antonio Rudiger's integrity questioned by Jose Mourinho following Chelsea's win over Tottenham, which saw Son Heung-min sent off after a clash with the German defender.

The Blues recorded a 2-0 win at the Tottenham Hotspur Stadium thanks to Willian's first-half brace, with Lampard getting one over on his former mentor in the process.

Unfortunately, the match was overshadowed by two unsavoury incidents, which both involved Rudiger.

Son was left floored after a challenge from the 26-year-old just after the hour mark, and the South Korean appeared to kick out at the Chelsea defender in frustration after being dispossessed.

Tottenham were reduced to 10 men moments later, with VAR ruling that Son was guilty of violent conduct, but it could also be argued that Rudiger attempted to exacerbate the situation with his theatrical reaction.

Mourinho addressed the ugly scenes in a press conference on Monday, insisting "there is no space for what Rudiger did" in Premier League football.

Rudiger was subjected to racist abuse moments after clashing with Son, and expressed his "hope that the offenders will be found and punished soon" on social media after the match.

Speaking ahead of Chelsea's meeting with Southampton on Boxing Day, Lampard suggested that Mourinho's criticism of Rudiger was in poor taste considering the abuse he has had to deal with.

"With Toni and this incident and he is having to post about a huge deal, to question him is disappointing," Lampard told a press conference.

"From what I heard and post-match the Son challenge was a red card. Not a brutal one, but a red card.

"I wouldn’t question Toni’s integrity on that. There were a couple of incidents that Tottenham players went over in the box to try to win a penalty." 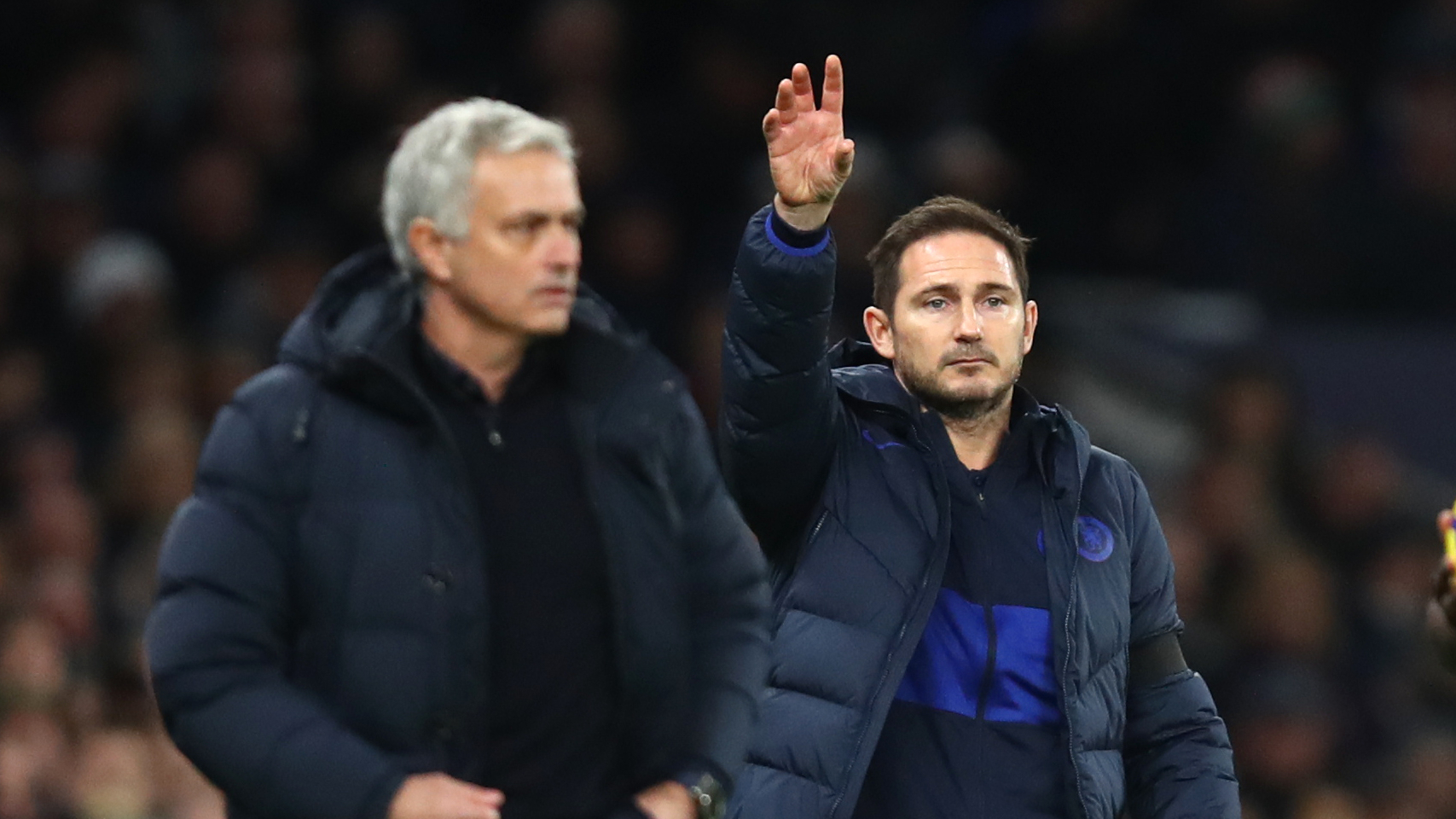 Lampard went on to praise Rudiger for speaking from the heart after being targeted by racist supporters: "I spoke to him briefly after the game. The lads were off yesterday. I saw his social media post.

"I thought it was well put and from the heart. I will speak to him this morning. I would like to think the players know I am behind them on this."

Chelsea's latest win saw them move six points clear of Tottenham in the race for the final Champions League spot, while opening up a four-point gap on fifth place Sheffield United.

Lampard hopes the performance will serve as confidence boost for his side as they negotiate their way through the rest of the festive period.

He added: "I think it was [a boost]. Going to Tottenham, in good form with the character, fight and strength we showed makes it the best performance.

"I hope it helps them. For the young ones, there is a bit of a mixture. Hopefully, within the group the result gives us confidence."