Chelsea should stick with Kepa

Former Chelsea and Manchester United Goalkeeper Mark Bosnich says Chelsea should stick with Kepa Arrizabalaga.
The Spaniard was dropped by manager Lampard towards the end of the winter period due to poor form but bosnich believes that he now deserves to keep his place after a string of good performances on his return to the team.

"I was probably in the minority as a goalkeeper as I didn't mind competition for places," Bosnich told Goal. "I thought being a goalkeeper was the same as any position that if you are not playing well, then it is understandable that someone else comes in.

"With Kepa, it is a little bit different because of the price tag that surrounds him but it wasn't Frank Lampard who bought him. It was somebody else. I was impressed with the way he came back but he has been struggling a little bit this season.

"It is completely understandable as a manager if someone is not doing it for you at a big club you think somewhere else. There are stories around about Donnarumma or Onana but with any goalkeeper you talk about purchasing, especially from abroad, there's nothing like playing the position in England.

"There's more physical challenges on the crosses that you get in England than anywhere else in the world. You have to be careful. I am not privy to what's gone on behind the scenes but if a manager-player relationship breaks down, then that's a different matter.

"I just think it was down to his form which in terms of the standard when he first came, it hasn't been up to scratch this season. Frank was well within his rights to leave him out when he did but I thought he did well when he came back. 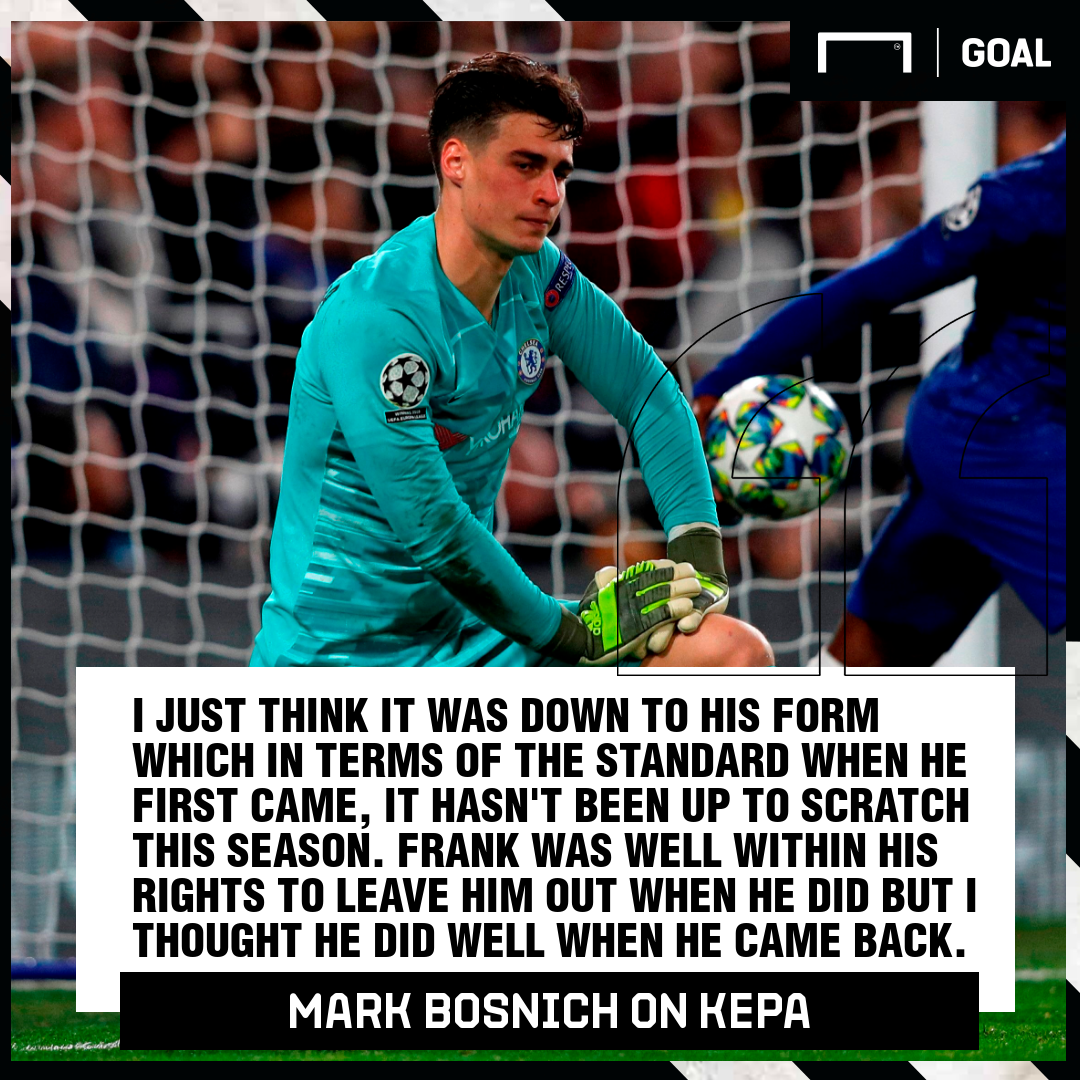 “I rate Kepa, I thought he was a superb shot-stopper with good agility and his kicking was okay for me. I think people make too much of his problems with distribution but the first job is to keep the ball out of the net. Kicking is a bonus.

"In terms of dominating his box, he is young and slight so it has taken time to get to grips with that. That's something they need to work on. For me, he has not been a disaster in any sense of the word. He has done okay so far.

"It is difficult to follow Petr Cech in their most successful era at the club. Then you have Thibaut Courtois, who was exceptional as well. I believe that Kepa has the ability given time to get to that level."